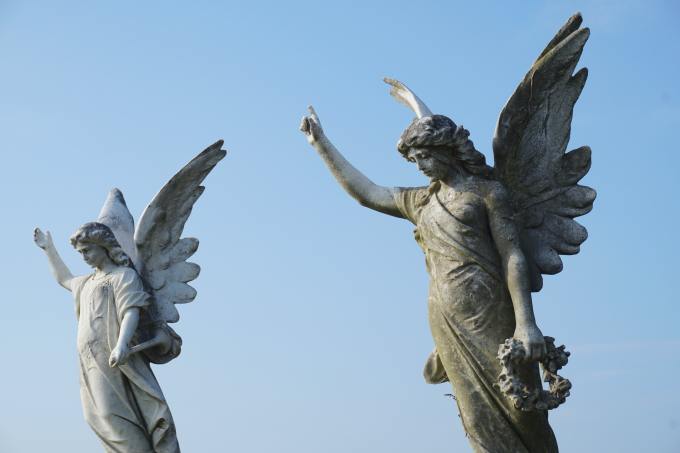 The title itself may end up being a work in progress, but for today’s WIP Wednesday, I’m introducing you to a story currently called “If God will send his Angels”. It follows a corrupt evangelical media mogul who is suddenly challenged to do good when an angel intervenes in his life. I’ve always pictured it as something like Highway to Heaven meets the Avengers – but this is one that has firmly been on the back burner for a while now.

As always, I’d be interested to hear what you think!

Aidan Anderson sat behind the custom-made oak desk in his glass walled office. He picked up and lit the hand-rolled Cuban cigar with a gas lighter. His actions were leisurely, the confident movement of a man who was sure of both himself and his place in the world. He let his gaze wander to his left down the hall to the private upper lounge of his club. The twenty-something starlet stood surrounded by photographers and members of the press, as well as a few select adoring fans from his circle of friends. Her latest television role, depicting the life of a high-end London call girl, along with the public knowledge that she called herself a Christian had caused public interest that Aidan had been quick to manipulate and use to the Church’s advantage. It was a perfect opportunity to speak on the issues of prostitution and further the Church’s impact in both the public spotlight and the immediate community.

Aidan had long been a welcome bringer of fame and fortune to his church, and its associated organisation. The Freedom Frontier Churches were a modern evangelical movement. Concentrated in London, but spread across the globe, it was a well-equipped and powerful organisation. He had learned early on that it, as well as he, was as susceptible to the normal corruptions of the world. He resisted most as it happened. He rarely lied, had never stolen. There were no rapes or murders to burden his conscience. But still, temptation happened. He used to fight it, but he had come to the conclusion that you could only fight for so long. He gazed again at the starlet, her eyes catching his for a moment. He already knew she would be spending the night with him. His provision of publicity wouldn’t harm her career either.

He decided he was bored, and he pushed his chair back and stood up. He took the cigar with him, pocketing the lighter. He turned to the right, walking away from the photographers and the young girl. He made his way down the stairs, nodding goodnight to the doormen on the ground floor. He took a swift glance towards the steel cased double glass doors at the front entrance, and gave another knowing nod to the girl’s driver, the only reassurance he needed that he knew where to drop her. He then headed to the garage underneath.

He opened the heavy fire door, and swung it open, taking one large final savouring mouthful of cigar smoke before letting it fall to the floor and extinguishing it under his heel. He walked towards the gunmetal grey Bentley Supersports coupe, taking the keys from his coat pocket and blipping the remote. He stopped suddenly. He blinked slowly as he tried to focus, but his vision was becoming blurred. He swayed slightly, feeling off balance. He looked down at his feet and saw that a thick, dark red liquid had just crept over his shoe and was now forming a pool on the floor. He had heard nothing, but as he fell to his knees he realised that he had been shot. He blinked again, and then felt himself topple over, unable to stop himself. He was still surprised that he couldn’t feel any pain. He knew that was bad. As he closed his eyes, he was dimly aware of a silhouetted figure standing behind him.

“Dad says hi”, it said, and then there was nothing.