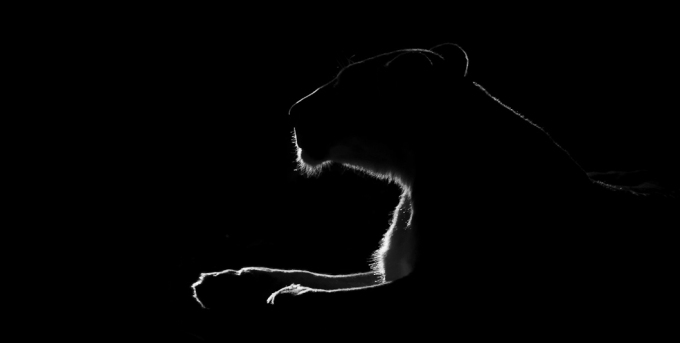 With the release of The Daughters of the Darkness now only weeks away, it’s time to introduce you to one of the key new characters, Kanu Sultan.

Kanu Sultan stepped out into the courtyard of his compound. The sun was all but gone and he let the warmth of the last few rays linger on his skin as night crept slowly from the east. He had chosen his new home well; a dense marshland nestled between the three national parks of Tsavo East, Tsavo West and Chyulu Hills. Several other smaller wildlife conservancies were on his doorstep but like the one he now occupied, they had been abandoned following his arrival in the territory. It was a hunter’s paradise, benefiting from the movement of animals between the parks and being close to water. At thirteen miles to the nearest road, the remote location gave him privacy and security but was still central enough for him to have a wide influence over much of the area. Roughly equal distance from his native Mombasa to the east and the more tourist-friendly Nairobi to the west, much of southern Kenya was within his reach, as was the border of Tanzania.

Kanu walked past one of his men, a former Kenyan Army Paratrooper who remained statuesque at his post as he went by. Kanu hand-picked most of his men from either the paratroopers or the Presidential Escort Regiment, Kenya’s best. He also made up their number with some local Maasai, and he paid all of them well. Although relatively small, the force was elite enough to make his reputation formidable and kept his activities safe from government interference. Out here, he was the authority. And it was that authority he was about to exercise now.

At the far left corner of the courtyard he turned, making his way down a flight of stone steps that led to a makeshift prison block. Weeks before, it had held expensive wines and brandies for the paying guests of the game lodge, now serving as his personal quarters. He walked down the dimly lit corridor to the end cell, the only one occupied. He stared in, the flash of his white teeth against his dark face alerting the dishevelled man on the other side of the iron bars to his presence.

“I respect a man who takes risks in business,” said Kanu. “It’s why I asked you, with respect, to go elsewhere. Unfortunately, like most Afrikaans, your greed and disrespect have brought an end to your good fortune.”

“Stepped on your toes did I, kaffa?” the man leered, easing himself up onto his feet from the floor, using the wall to support his weight.

Kanu stiffened slightly at the insult, glancing down the corridor as he heard the hurried footsteps of one of his men. His eyes told the young Maasai to stop where he was, only momentarily glancing at the sack the warrior held out in front of him, its heavily twisted top held firmly between both hands.

“Racism is born of fear Mr. Van Zyl, and fear is natural when facing death. Did you know the kingdom of Kaffa was once a state of what is now Ethiopia? Its first capital was named Bonga, as was the district around it. It was one of the prime trade routes for slaves, which is why both Kaffa and the term Bonga Bonga land came to be used by the whites in such a derogatory way. It was where the slaves came from.”

“Getting back at the whites is it then?” Van Zyl sneered. “Bit late don’t you think?”

“Hardly. You are a dealer of drugs. Instead of plying your trade to wealthy visitors in Nairobi as I suggested, you targeted the poor and vulnerable on the streets of Mombasa. The same streets where I grew up and watched men like you destroy whole families and neighbourhoods. You did not do as I asked Mr. Van Zyl, and that situation demands nothing short of my full attention,” Kanu replied.

“You’re a fucking hypocrite Kanu. You’re a dealer too. Admit it, this is about shutting out the competition,” sneered Van Zyl.

Kanu stepped closer to the bars, his eyes fixed on his captive.

“I don’t mind you selling drugs Mr. Van Zyl,” he said in barely a whisper. “But I do mind who to. And you are wrong, I am not a dealer like you, I am a trafficker. I organise, sell and allow safe passage of product, be it arms or narcotics, through the territory. What I don’t allow is for those items to be used against my people. There are plenty of opportunities outside of Kenya, and even a few within its borders. You were urged to explore them. Now you must face the consequences of not doing so.”

Kanu carefully stepped back, taking a large iron key from his pocket. Van Zyl watched him as he slowly placed it in the lock of the door and turned it. As a heavy sounding clunk signalled the release of the door, Van Zyl shot forwards and pulled it open as he attempted to dart between the two men in his way. Kanu was ready for him, pouncing forward and punching him in the chest with both fists, his forearms straight as spears. Van Zyl was knocked head over heels backwards. He crumpled onto the floor by the back wall.

Before Van Zyl could get up, Kanu quickly took the sack from the Maasai. In one flowing movement, he took the corner in one hand and pinched the top open in the other as he upended it and flung it forward. Van Zyl screamed as an enraged snake leapt towards him, its open mouth and two inch long fangs all he saw before he instinctively raised his arms to shield his face. He was surprised at the heavy impact he felt as the snake hit him. He panicked and threw the snake aside, but not before its teeth sank into the bicep of his right arm. The snake hit the floor with a thud and immediately made for the darkness underneath the cot bed. Once there, it coiled and lay with its eyes fixed on Van Zyl. It made no noise, but its forked tongue tasted the air every few seconds.

“My apologies for the theatrics Mr. Van Zyl,” Kanu said. “The gaboon viper has to be somewhat provoked into delivering an envenomed bite. They’re actually quite docile. But I find them hard to resist being the largest of their kind. The fellow who just bit you weighs 20lbs.”

“Not exactly common in this part of Kenya, people might get suspicious don’t you think?” he said, beginning to feel slightly faint.

Kanu smiled. “Oh we’re not quite finished yet Mr. Van Zyl. When you’re found, I doubt they’ll think to check for a snake bite. I just needed to slow you down.”

Kanu nodded to the Maasai, who had been joined by another of his men. They both stepped into the cell and picked up Van Zyl, dragging him out and back along the hall towards the stairs. Kanu slipped into the empty room behind them and picked up the snake with ease by the tail. It sought out the open sack as soon as he offered it, and he knotted the top as he walked out. At the top of the stairs, he handed the Maasai the sack.

Van Zyl was thrown across the flatbed of a large green Toyota Land Cruiser truck. Kanu climbed into the open back with him. He looked the man over as the truck pulled off, passing quickly through a large archway made up of the black volcanic stone of the region. The truck ploughed forward into the African night.

Kanu smiled down at the pale sweat strewn face that looked back up at him from the bed of the truck, the eyes bulging and bloodshot.

“I would have allowed you a slightly more luxurious last ride Mr. Van Zyl. I personally would have preferred the air conditioning. But your body is no longer in control, and I couldn’t have you shitting and pissing yourself over my leather seats,” Kanu explained.

He brushed aside the dying man’s shirt. The welted, swollen purple flesh of his shoulder and neck were already beginning to blister. The man could no longer talk from his enlarged tongue. Soon his eyelids would also be too heavy to keep open. Kanu knew the man’s pulse would be racing and slowing with complete irregularity. If simply left, his death could still take up to an hour. He looked up and began to peer into the darkness.

After driving for nearly thirty minutes, Kanu finally thumped on the cabin roof of the old Land Cruiser, giving the signal to stop. The driver pulled over into the long tussock grass.

“My pets are close Mr. Van Zyl, you will not suffer much longer,” Kanu laughed, towering over him.

Van Zyl barely felt the rough grasp of the two men who picked him out of the flatbed and threw him to the ground. The impact of the dry, rock strewn earth on his blistered and swollen flesh sent a wave of agonising pain through his body. He continued to writhe and struggle as he heard the truck pull away, but he no longer had the strength to stand. The sound of the engine dulled, faded and then disappeared altogether.

He lay stricken. His arms and chest felt like they were on fire, and his skin felt tight, like it was too small for him. With great effort he opened his bruised and tumid eyelids and gazed at his hand. His arm had ballooned. Its purple and yellow colouring was punctured by burst cracks that streamed with thin, cherry red blood. He knew he would not stop bleeding now. He closed his eyes, knowing he would not be able to open them again. He gagged and choked on the froth filling his throat, turning his head to the side to try and vent it. His strength left him and he waited for death. Just as his thoughts threatened to fade, a sound piercing the night stabbed him with a momentary surge of adrenalin and renewed panic.

The diabolical laughter crept closer on swift, padded feet. It made the animal sound nervous, but it was a sign of pure confidence. Van Zyl convulsed involuntarily as the hyena sniffed at his head. The animal let out a yip of excitement, leaning in closer to lick the man’s forehead and scalp.

Another sound penetrated the night. A low, deep rumble of warning. The hyena gave a scream of fright, only pausing to snap off one of Van Zyl’s ears as it loped away. Blind and half deaf, his body shutting down in shock as his flesh was putrefied by the snake venom, Van Zyl still had time to sense the presence of the large heavy animal as it came closer. The press of its paw on his chest was the last thing he felt as he slipped into unconsciousness. Moments later, a pair of five and a half inch fangs smashed through his temples.

She dragged the body further into the grass, seeking the cover of scrub and thorn. Deep in a thicket, she lifted her head and let out a thunderous roar, calling in the rest of the pride. She listened to them slink closer as she began to feast on the body.

A breath of wind carried the whisper of the roar to Kanu’s ears as the truck rolled through the night back towards the compound. He smiled.