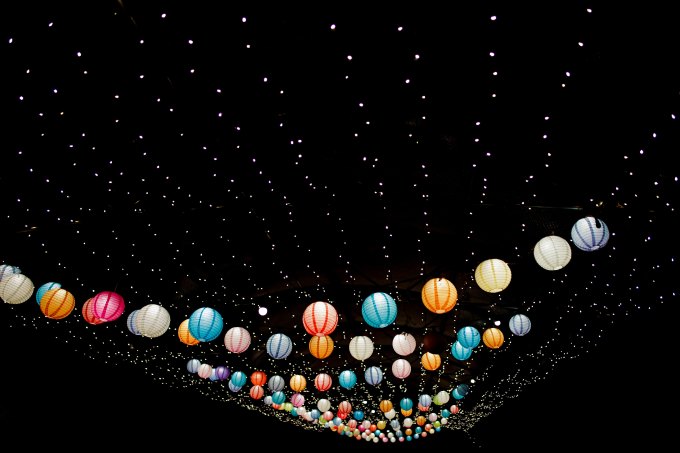 So, as 2017 draws to a close, I’m taking a look back at some of the best and worst books, films, and TV that I had the good (and bad) fortune to fall for over the last twelve months. There may be some mild spoilers ahead, so be warned if you want to watch or read in blissful ignorance when it comes to any of my choices.

Few and Far Between by Charlie Elder was one of the most entertaining and well-written books I’ve read in years. Told from the everyman’s perspective, the plight of some of our rarest animals and birds is explored with incredible charm, humour, and concern.

Talulla Rising by Glen Duncan is the second in the Last Werewolf trilogy. This no-holds-barred tale of Talulla and her child taking on the malevolent forces looking to rid the world of werewolves and other creatures is an absolute riot of blood, slaughter, violence, and mayhem. A great read.

The Invention of Nature by Andrea Wulf is a love-letter of a book, putting a well-deserved spotlight on the work and life of Alexander von Humbolt. As one of the first scientists to truly understand ecology and the connections between all living things, not to mention having more species of flora and fauna named in his honour, this book rightly puts his achievements back under our noses.

On the other hand, Hominid by R.D. Bradly just rubs our noses in it. After a promising start and a horrifying childhood encounter, bigfoot turns out to be a gentle forest giant with super powers.

Monster of the Mere by Jonathan Downes follows the exploits of the Centre for Fortean Zoology as they try to establish if a giant fish could really call one of England’s greatest nature reserves home. The premise is intriguing, but unfortunately the delivery doesn’t quite live up to the expectation. I am all for self-publishing, and I realise that costs can be prohibitive – and I can also forgive the occasional spelling or grammatical error. But averaging one a page tends to detract from the reading experience. The same lack of editing also means that Downes is free to explore wild tangents at leisure. The actual account of the investigative aspects of the ‘expedition’ could be reduced to a handful of pages at best. Perhaps its apt, given the CFZ journeyed from one side of the country to the other, but this book really goes all over the place.

If you really want to be depressed whilst reading a book, then pick up a copy of Hold the Dark by William Giraldi. From characters you can’t possibly like, to pretentiousness that’s hard to ignore, this was a perfect example of why you shouldn’t judge a book by its cover.

Without doubt, my top film of the year was Logan. This gritty, sombre, emotionally violent finale to the wolverine movies gives the X-Men’s anti-hero the sendoff that not only he deserves, but the one we wanted to see. And catch it in the ‘noir’ version if you can for even extra atmosphere and a little bit of extra class.

And when it comes to emotional strings being tugged, Bladerunner 2049 should have received an award for best use of original music ever. If you’re not welling up by the time you hear ‘tears in the rain’ pierce the score, then you may want to question your own humanity, let alone Decker’s.

And in joint third place, we have both Star Wars: The Last Jedi, and Thor: Ragnarok. Both have their flaws, and both have proven controversial with their loyal audiences.

Star wars was probably my most anticipated movie of the year, and I personally find the running out of time storyline a huge improvement over ‘have to blow something big up’. There is some bold story telling along with impressive character development, but it is almost inexcusable that the line “I have a bad feeling about this” didn’t make the script. Director Rian Johnson says it is in there, but it is either uttered by a droid or a wookie, which is either pretentious, or more likely, sounds awfully like they forgot (if you’re not aware, it has been uttered in every single Star Wars movie to date). There are also some horrendous Disney-esque scenes, but I loved it.

Thor on the other hand, kills off a whole host of characters we have spent the last two films getting to know with explanation or ceremony, and leaves out one key character altogether, but makes up for it by squeezing every drop of comedy the God of Thunder has to offer. Both films are skirting dangerously close to getting it wrong, but have gotten away with it, at least for now.

But for an example of a film that flirted with the line of where not to go, crossed it, took a dump, and then kicked it in the general direction of the screen, look no further than Alien: Covenant. Just awful. Shockingly bad acting, a storyline that makes no sense and which took the advice of critics to ignore Prometheus a little too literally, plus some of the worst creatures and visual effects to grace the cinema ever, let alone 2017.

Other cinematic catastrophes included The Mummy, where Tom Cruise runs a bit and forgot he wasn’t making a Mission Impossible film. Russel Crow turning up as a certain Dr. Jekyll is amusing, but no where near as funny as what is meant to be his English accent.

And Underworld Blood Wars was a film where not even Kate Beckinsale wrapped in leather could distract from quite how bad things were getting for that particular franchise. Unfortunately, the tiresome war between vampire and werewolf needs a stake through the heart and a silver bullet to the head just to be sure.

Honourable mentions should go to Beauty and the Beast, John Wick 2, Wonder Woman, and Murder on the Orient Express, and even Justice League, all of which I enjoyed.

I’ll stick to the good stuff on the small screen, as I tend to only catch the stuff I know I like.

Let’s start with Billions. This is without a doubt one of the best written, most griping bits of television out there. A warring hedge-fund ‘king’ and a District Attorney get to grips with what real power can do, only to discover what it does to the people surrounding them.

And of course, winter eventually arrived and Game of Thrones delivered dragons on a scale we were never expecting. Unfortunately, we will have to wait until 2019 to find out how it all ends, as it’ll almost certainly beat the long awaited book to the finish line.