The latest series of the X-Files is currently on UK screens (Channel 5, Mondays at 10PM), and tonight sees the arrival of the always greatly anticipated “monster of the week” episode. In season eleven’s “Ghoulie”, two teenage girls attack one another, each believing the other to be a monster. The episode plays with cultural references such as Creepy Pasta, as it explores the myth of the “screaming skull” as well as what the real definition of a monster could be.

But as we shall see, the X-Files has a long and much-loved history of flirting with cryptids and creatures. I’m going to ignore the many human (ish) monsters that have made their way into the X-Files, and just stick to those that most of us would recognise as the real deal.

This is probably the X-Files episode that both scares me the most, and I have watched the most. Although we never really see the monster clearly, we do see it’s bulging, amber eyes and hear its panting breaths as it watches its prey from the shadows. A spate of gruesome murders brings Mulder and Scully into the jurisdiction of the Native American Tribal Police, and the legend of the Manitou – or werewolf to you and me.

In the episode, an elder explains that the curse revisits every eight years. Oh, how I wished it was a case that was returned to at a later date, but alas, it was never to be. 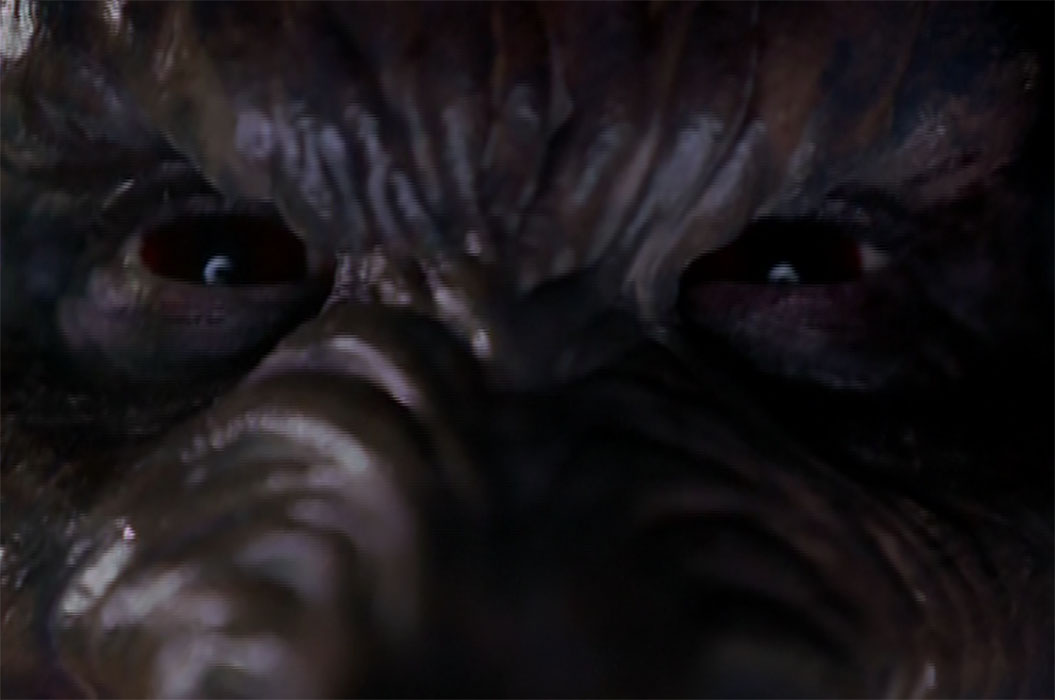 AKA as the flukeman, The Host sees a humanoid, parasitic organism using sewage systems to live in seclusion, away from humans. But when confronted, its predatory nature quickly comes to the surface.

Another firm favourite, Quagmire sees our dynamic duo searching for a beast similar to the Loch Ness Monster, in a lake in Georgia. I love this episode, as it keeps you guessing all the way through, and there’s a lovely little Easter Egg right at the end too. Not an episode for dog lovers though…

A quintessential monster in the woods story gives Mulder the perfect excuse not to go to a team-building seminar, and instead drags Scully, and the two agents unfortunately (for them) hitching a ride, literally into the woods. Several disappearances and a boy’s tale of something invisible attacking him, leads Mulder to believe nature may be taking a vengeful turn against people.

As a hurricane bears down on the Florida coast, a contact asks Mulder and Scully to investigate the disappearance of two marine biologists. This episode is a controversial choice among X-Files die-hards, as it’s considered too funny to be scary – but it was great for two reasons. First, humour and the monster of the week episodes quickly became hallmarks of the series, and two, the late great Darren McGavin returns as Arthur Dales. Third, there’s a sea monster on the loose!

“Don’t sneer at the mysteries of the deep, young lady. The bottom of the ocean is as deep and dark as the imagination.”

A cryptozoologist and a canine biologist import a rare Chinese dog that kills those transporting it and seems to show supernatural cunning in its behaviour. More evil glowing eyes in this episode, and an interesting twist too.

A clear example of how humour and the monster of the week episodes worked well together, the crew of hit show “Cops” follow Mulder and Scully as they investigate a neighbourhood monster.

In season 8, it took a full-blown reptilian creature to drag Mulder back into the X-Files for a guest appearance. Just remember that folks, it was a monster of the week that brought Mulder back. You’d be watching Robert Patrick right now if it wasn’t for that scaly SOB.

This episode was greatly anticipated by show fans, not for just being the only monster of the week of the newly emerged season 10, but also for the return of writer Darin Morgan. The one-liners come thick and fast, and the twist is almost as funny.

So, although I couldn’t quite make it to ten, perhaps tonight’s “Ghoulie” will make the list. Are you sitting comfortably? Yes? Obviously, I want to believe you, but you can’t possibly be watching the X-Files then! And remember, just like the truth, the monsters are out there.

View all posts by Luke Phillips